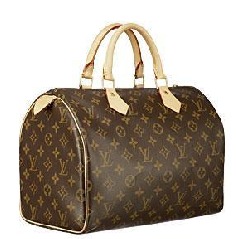 A recently released survey of more than 400 domestic apparel companies revealed that more than 70% of the respondents stated that taking the brand road is the top priority for the future development of Chinese clothing; and in response to the current tough situation in the clothing industry, the production line will The transfer to the inland areas or neighboring countries with lower labor costs has not become the preferred measure for the respondents.

In the day-to-day operation and management of enterprises, 70% of the respondents believe that rising labor costs and poor staff stability are still the biggest problems. Second, 52% of companies are plagued by rising raw material prices.

Looking at most of the apparel brand enterprises in the Chinese market, the overall sales situation in the past year or two is not very optimistic. The decline in performance is widespread. The main reasons are the sluggish economy, declining apparel consumption, rising production costs, and e-commerce. The platform hits the traditional mall store channels and so on.

According to Yang Kuntian, CEO of Mark Huafei (Shanghai) Commercial Co., Ltd., the fashion industry is a very fast-growing industry. It has a certain amount of time, and the product cycle is getting shorter and shorter. It needs to be created constantly and kept on the product. Make some changes.

The â€œ2012 China Luxury Goods Market Researchâ€ report released by management consulting company Bain shows that the growth rate of luxury goods consumption in the Mainland slowed from 30% in 2011 to 7% last year. In the first quarter of last year, the British brand Burberry made sales growth in China, which is dominated by China, and plummeted from 67% in the same period last year to 16%. In response to the slowdown in the mainland market, the luxury giant Louis Vuitton Group has previously announced that it will fully restrain its expansion in China and focus on high-end products, and will not continue to open stores in second and third-tier cities in China. Francois-Angry Pino, the CEO of luxury group Spring Group (PPR), which owns Gucci and Boucheron, also pointed out that Gucci will focus on refurbishing and expanding existing Chinese stores this year and stop new store expansion. .

The industry generally believes that 2012 is the beginning of the winter of the Chinese luxury goods market, and winter will continue for a certain period of time.

However, during the harsh winter period, brands that still have a good market potential in mainland China continue to make efforts.

On June 26, breadnbutter, a French fashion brand founded in 2003, opened another new store in Taikoo Hui, Tianhe District, Guangzhou. Mabelchan, general manager of South China Business, revealed that the location of the new store in Taikoo Hui was based on factors such as lot, consumer group, abortion, and other brands of shopping malls. Breadnbutter currently has a total of 83 stores in the Mainland, and it is still mainly developing in South China and East China in the next three years. "These areas are suitable for our consumer groups and are still the main sales areas for fashion." The breadnbutterâ€™s performance in the mainland market for the past three years has performed well, with a double-digit percentage increase each year. "Breadnbutter is a key player in the fashion industry, focusing on 25-35-year-old professional women. We believe that under the present circumstances, the spending power of this consumer group has not diminished, and dressing has become a part of their lives."

Mabelchan said that women in almost all second-tier cities or cities in the Mainland are capable of spending power and will focus on life. They are still optimistic about the mainland market. She pointed out that the current market does have certain pressure, â€œbut our strategy is biased towards keeping up with the times. For example, we are actively developing e-commerce platforms. At this stage, we have joined the catwalk network to provide online shopping for Internet users. Another example is at different levels such as active VIP. Promotion, online social network promotion infiltrated the public to maintain brand popularity." Breadnbutter develops marketing strategies for the Mainland market to promote, such as brand activities, VIP membership points, and more. "In this regard, we have achieved considerable success because most of the VIPs have gone to the store again."

Bainâ€™s report stated that the outlook for luxury goods consumption in the Mainland is still optimistic this year, and the slowdown in the growth rate of the mainland market has provided major brands with an opportunity to re-examine and adjust their strategies.